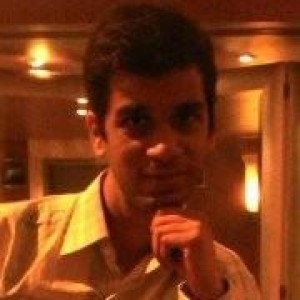 This title is adopted from “Omega-3 Fatty Acids: Hair Loss Wunderkind or Arbiter of Doom?” by Danny Roddy

I came across Danny Roddy in 2015 when I was searching for solution to my hair loss problems. I was tired of reading Reddit threads, watching clickbait youtube videos, Forums where people just preached Big 3.

So when I saw someone who has totally different take on reversing hair loss,I immediately bought his book “Hair like a Fox” because his ideas made sense. I followed many of his ideas but in the book Danny talked about lowering Ferritin values in the body, I didn’t pay attention to it because I never thought excess Iron would play so much of role in Hair Loss and other Chronic Conditions.

I followed all the advice Danny Roddy/Ray Peat except taking Aspirin, Antibiotics and Hormones.

Although I saw good improvement, I felt very restrictive following this diet. I didn’t want to continue with this because it wasn’t responding rest of 2/3rd area of my scalp. Drinking tons of milk even sent me several times to Washroom. I still continued with the Diet for 6-8 months but I didn’t see continued improvement in rest of my hairs.

Then meanwhile, I was also researching how to reverse grey hair and started watching few videos that made sense and I was told that I should get more copper.

I had already tried different avenues for getting more copper from Copper Supplements (One of the worst experiences, it made me feel worse I ever felt in my life) , Multivitamin (It had highest ratings on Amazon,after I started it, suddenly started seeing hairs on my bed and I got fever and whenever I would take it, I would feel almost nauseous so I had to stop it) drinking water from Copper Vessel for long time, I had no effect except turning some of my hairs red (My hairs are Black, so it wasn’t even transition back to normal hairs) I saw a video on Side

Because they were much different than what I had already gone through, the titles were interesting and controversial enough to grab my attention. I just started watching it. I didn’t expect that it would change my whole thinking process afterwards.

These videos were from Morley Robbins.

I mentioned about it in my Journey here

http://regrowyourhairnaturally.com/reverse-male-pattern-baldness-naturally/
I started studying this phenomenon in depth and analyzing reports according to his methodology and started seeing Iron problems in almost 50-60% people. After analyzing over 500 plus lab reports. I can reasonably assert that Iron was somehow related to Hair Loss. The connection no one has explored yet.

I went through substantial research and started putting together evidence to finally connect the dots. After 18 months, I am beginning to understand, grasp and simplify these concepts for you.

I am writing this piece after I get substantial evidence in research and personal experience.

This subject is huge and quite complex to understand, although I haven’t understood it fully because it’s so huge and continually evolving. But whatever I have learned, I have tried to simplify it for you. In this 3 part series, I am going to tell you how Iron is major lever contributing to Pattern hair loss. If you want to stop this cascade, you need to stop this Iron Elephant before you do anything else.

I had good success with Danny Roddy Success but then I came across Morley Robbins whose research became foremost important in stopping this cascade. It’s research behind Root Cause Protocol helped me create so many success stories I created afterwards. More on that later.

Before I discovered this, I had several health challenges as I explained

I referred everything I can find, youtube, video, forum, book, course. You name it, I have used it or at least I know of it.

Especially, I liked Ray Peat/Danny Roddy Diet and but I didn’t want to take drugs to reverse fibrosis, antibiotics to kill pathogens or use Thyroid or Progesterone Hormone.

I liked Izabella Wentz’s book Hashimoto’s Thyroid, her lucid explanation and simplification. I adopted this flow chart based on her book but I didn’t quite like the no of supplements she suggested. It is not even too much of unnecessary expense for me and some of the supplements even damaged me (Especially Vitamin D, Zinc)

I don’t want to blame any of them, their suggestions helped me more than it damaged me.

But almost every one of them except Ray Peat missed important point. They undermined importance of Excess Iron in manifestation of chronic conditions.

Once Danny Roddy asked Dr. Peat about good tests to evaluate the iron burden in 2012 and he replied:

I think the copper/iron ratio is under hormonal-developmental control, and I have never seen an attempt to use ceruloplasmin to guide nutrition. Regular good light exposure is probably important for preventing the displacement of copper by iron. —Raymond Peat, PhD

Morley Robbins developed Full Fledged Protocol based on this one statement, it’s called Root Cause Protocol

http://gotmag.org/the-root-cause-protocol/root-cause-protocol-video-series/
He didn’t just theorized it, he used it on close to 3000 clients to validate it in real life and then used Research all along to connect the Dots.

What’s the problem with just writing research based blog posts ?

Because what happens in Research whether it’s Peer Reviewed Papers or what happens in RCT, remains there. How many hair loss studies people could really replicate. Some/many of them are misleading.

How many people got significant improvement using just Zinc Supplements ? Not many

How many people got significant improvement using Melatonin ? Not many

How many people got significant improvement using Castor, Emu oil ? Not many

There are many such studies. The purpose shouldn’t be finding that one thing which would reverse hair loss. That’s the problem with Reductionist approaches.

Instead of that whole foods/herbs should be studied not their extracts. Usually, in whole foods the nutrients work in Synergistic manner.

The problem with single nutrient is if you ingest it without real deficiency, then that could negatively affect other processes in the body.

Remember, deficiency can mean real deficiency coming from lack of nutrient rich food or bio-availability of that nutrient.

That’s why before writing this, I extensively tested it with lot more people and then decided to write this based on my findings.

Because I was done with trying Low Carb, Paleo, Fruit Only Diet, Gluten Free diet. I didn’t want to restrict any or many foods just to get my hairs back.

No expert advice working for me. I was extremely tired of following their advice. Frankly, I had given up on my health. I had no hopes. I had so many health problems, I started suspecting that I might have got some incurable disease.

Backstory : My mother got Cancer

On November 13th 2007, just 2 days before my final exams, she succumbed to Death by Cancer at the age of 48… and I miss her every single day.

On November 13th 2007, just 2 days before my final exams, she succumbed to Death by Cancer at the age of 48… and I miss her every single day.

I thought if I am developing some incurable disease, I used to pray to God everyday to save me from it. There was no light at the end of tunnel. I had exhausted all my options.

Out of all these diets, Gluten free diet worked well for me, not because Grains have Gluten and Gluten is bad.

Why did I see the benefit ?

I see the connection now.

It’s Government Policy to add Iron in Wheat. Food Fortification is wrath on Mankind. The iron they add is Ferrous Salt which is most toxic form of Iron. More on that in next part of the series.

I have countless people telling me their hair loss reduced when they switched to non-fortified flour. I thought it was Gluten but in hindsight I realized it wasn’t gluten. It was Iron.

If you have severe gluten problems, then it’s good to stay away from Gluten for a while. But don’t ever think that Gluten is your enemy. There are hundred if not thousands of books written on this topic. The most famous book is “Wheat Belly” by William Davis but even he didn’t mention anything about Iron.

Check Ray Peat’s article for more information on this. Food Fortification is more common in US, Canada, Australia, UK, India and many other countries.

Iron, Food Enrichment and The Theory of Everything

http://freetheanimal.com/2015/06/enrichment-theory-everything.html
Suddenly, things started falling in place. I didn’t listen to Ray Peat/Danny Roddy about lowering my Iron levels. I really needed to get my iron levels checked.

My blood Test Results : Shock of my life

My Ferritin was such high including Transferrin Saturation. My Vitamin D levels were good because I had swallowed 3000-5000 IUs of Vitamin D for 3-4 months but that came with big cost. 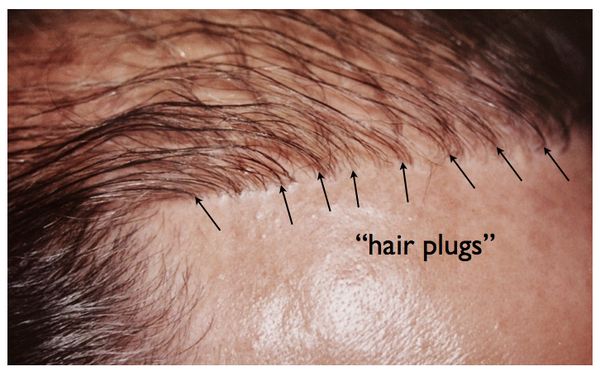